You can see that parades featured large – and it could be perhaps an hour standing around with those winter winds blowing up skirts.  We all had full sets of cold weather gear: thermal vests and short “long johns”.  The problem was when the weather was so bad that they cancelled the outdoor parade so we had to strip off the thermals in no time flat – which also meant grappling with complicated collar studs.  Where did they get the idea that still dressing up for the last century was a mark of leadership potential?

The great and the good, the Admirals and Director WRNS, came to inspect the turn-out and precision footwork.

Behind the scenes there was a bit more fun: taking our feet off the ground for a flight in the College’s helo.  I just wish I had an image of the ballroom dancing classes we took in preparation for all the future wardroom Balls– there was so much laughter at the dreadful footwork that some were thrown out for being too disruptive.

And the rehearsal for the end-of-term Passing Out Parade was another traditional time for different dressing up – its difficult to see which were the real women and which were just for the morning. 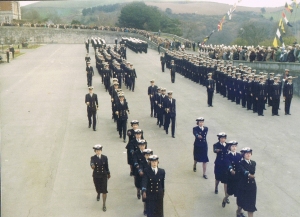 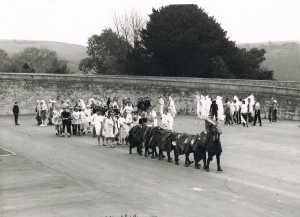 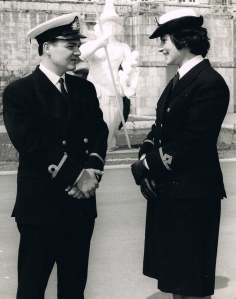 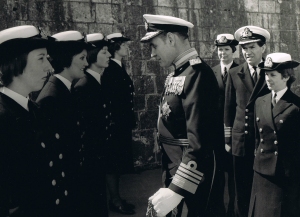 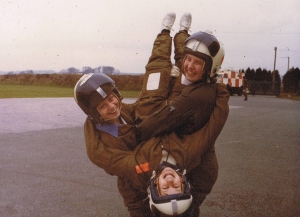